While at the downtown courthouse where I was working on a trial, I ran into a woman, S.S., who I knew when I was seven years old. She is now a high powered, high profile attorney. I am just the paralegal.

(Ironically, M. mentioned to me that she recently called S.S. regarding a legal matter. I actually had no recollection that M. knew S.S. and still cannot recall how M. knows S.S. -- but my selective memory will probably become the subject of a future post.)

I saw S.S. walk into the court cafeteria and recognized her immediately even though I have not seen her for close to 40 years. She is an exquisite looking middle aged woman who looks younger than she is. She was wearing a beautiful overcoat over her expensive suit. Her hair was pulled back. Her features are well defined. She has a big smile. She was wearing big diamond stud earrings and shiny black patent leather high-heel shoes. I waited until I overheard her name mentioned, and then I introduced myself.

"Yes," she replied firmly, and not at all quizzically. Being a high powered, high profile attorney I assume she is accustomed to being recognized in public places.

She dropped the purse she was carrying. Her mouth opened in astonishment. She doubled over with surprise and disbelief, sort of swaying as she repeated, "No way. Get out of here. . ."

"You look just the same," she told me.

We chatted briefly and then returned to our respective colleagues.

A couple of days later, I googled her. I read about her career, her achievements. I saw that she I were at both at UCLA, English Department for our undergraduate work. I do not remember seeing her there at all, but imagine we were there at the same time (again, my selective memory which shall be the subject of a future post).

I felt sad because at this point in my life it is hard to imagine that I will have any meaningful career achievements. I have been a dilettante, trying too many things to become an expert at any of them. My interests have not been mere dabbles -- but my lack of fortitude prevented me from really excelling. It seems like every 10 years or so, I switched gears. In my 20's, I passionately pursued creative interests with deep dedication and focus. I was prolific -- writing, singing, dancing, painting. In my 30's, once I started having children, I studied and started practicing as a clinical intern (marriage and family therapy). Just prior to turning 40, financial burdens forced me to switch gears (I was not making any money as an intern), and I found myself working for my current employer where I learned to be a paralegal. 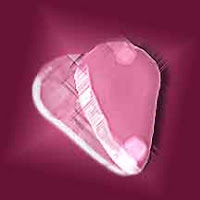 I asked my husband if he would marry me if he met me now. With an equivocal tone he responded, "possibly."
Posted by Mrs. Joseph aka SackJo22 at 9:27 PM 2 comments: Links to this post

Today was the memorial service for R. I was not planning on attending because it is Saturday. I do not drive on Saturday because I observe Shabbat. I felt conflicted about not being able to attend because I was friends with R., but more importantly because I knew that M. needed support. Nevertheless, I told M. I would not be able to attend. As I told her, my heart was in my chest because I knew it would hurt her. I also felt residual guilt because I missed her father’s funeral so many, many years ago. When M.’s father died, I was out of town and unreachable (this was before cell phones and constant access to anyone at anytime). By the time I returned home, the funeral had occurred. This has been a sore spot in our friendship – even though I had no way of knowing that he died and certainly would have been with her had I known. This was an opportunity to repair, in some small way, that particular rift. I told her I would go.
M. came to pick me up. B. was with her. I have not seen B. for at least 15 years.
B. was a close friend of R. and M.’s and was part of the circle of friends that spent time together. When we were in college in the early 1980's, there were groups of us whose relationships overlapped and touched each other starting with the core of M., S. and I. Our boyfriends, bandmates and other friends were brought together by the various parties, shows and other events at which we all congregated.
The memorial service was held on a cliff at Point Dume. M. asked me to drive her car. She quietly and intermittently cried during the ride. It was a beautiful day today – clear, warmer, pure. We ran into C. and G. in the parking lot and walked together to the deck overlooking the ocean where the service was to be held. While not terribly rigorous, the walk was about 1/3 of a mile uphill. G. has become quite frail (she is going to be 74 years old this year) and had to slowly ascend to the site. Our slow pace allowed us to appreciate the pelicans that majestically soared above us.
Several people spoke about R. B. commented on R.’s philosophical nature drawing on references to Nietzsche. He described R. as being "cultured," defining "cultured" as one who seeks to experience life fully, directly and with integrity versus a "philistine" who is only interested in immediate satisfaction. R. commented that his talks with R. always inspired him to live a more "cultured" life. I felt that way after just hearing B. talk about R.
One of R.’s brothers articulated the anger and hurt survivors of suicide feel. "You life was not yours to take away," he lamented. Everyone agreed that although R. was well loved, he did not know that he was well loved.
After the service, we went to a local restaurant where everyone drank and ate until quite late in the afternoon. I did not know R.’s family but clearly the four brothers, their significant others and children were hurt and angered by R.’s suicide. I thought they appeared close and loving, and it was not until later this evening that B. revealed to me that there are numerous dynamic rifts in the family – alliances and chasms – that were not apparent today.
I drove home because both M. and B. drank fairly heavily during the afternoon. On the way home, the three of us reminisced about our lives in the 1980's. We agreed that was a splendid time for us – perhaps the best time of our life when everything was exciting to us and subject to deep discussion. Our best memories of R. are from that time and his unexpected death gave us an opportunity to revisit that period. Our sense of loss exasperated by his death and the distance we have traveled from our youth.
Posted by Mrs. Joseph aka SackJo22 at 8:46 PM 3 comments: Links to this post

I'm always happy to entertain. My parties are usually quite nice. But, despite all my experience throwing parties, I always get anxious that no one is going to come.

For this party, I sent out invitations via Evite. Evite is an electronic e-mail invitiation service that sends out invitiations, tracks responses, and even lets you send out photos of the event to all the guests. One of the features of evite is the rsvp page which shows who has rsvp'd to the event and any comments they may leave. We invited over 25 couples, but only a handful rsvp'd through Evite. Of that handful, only three rsvp'd that they were coming. There were at least five people who posted on Evite that they would not be coming. Two were undecided. This really disturbed me. I know that I certainly would think twice about going to a party where only three people said they were coming but more than that said they were not. What good is a party without guests? I knew in reality that more than three people were coming to the party because I spoke to them directly -- but the other guests responding on Evite did not have this information. I became anxious -- what if the guests who had not yet responded saw the rsvp list and thought going to this lame party would be a waste of time?

Of course, if the guests did not respond on Evite they would not see that only three people said they were coming and all of this concern is really for naught.
P.S. The party turned out lovely, with a houseful of friends eating, drinking, visiting, playing music and bringing in the new year together.
Posted by Mrs. Joseph aka SackJo22 at 7:14 PM No comments: Links to this post